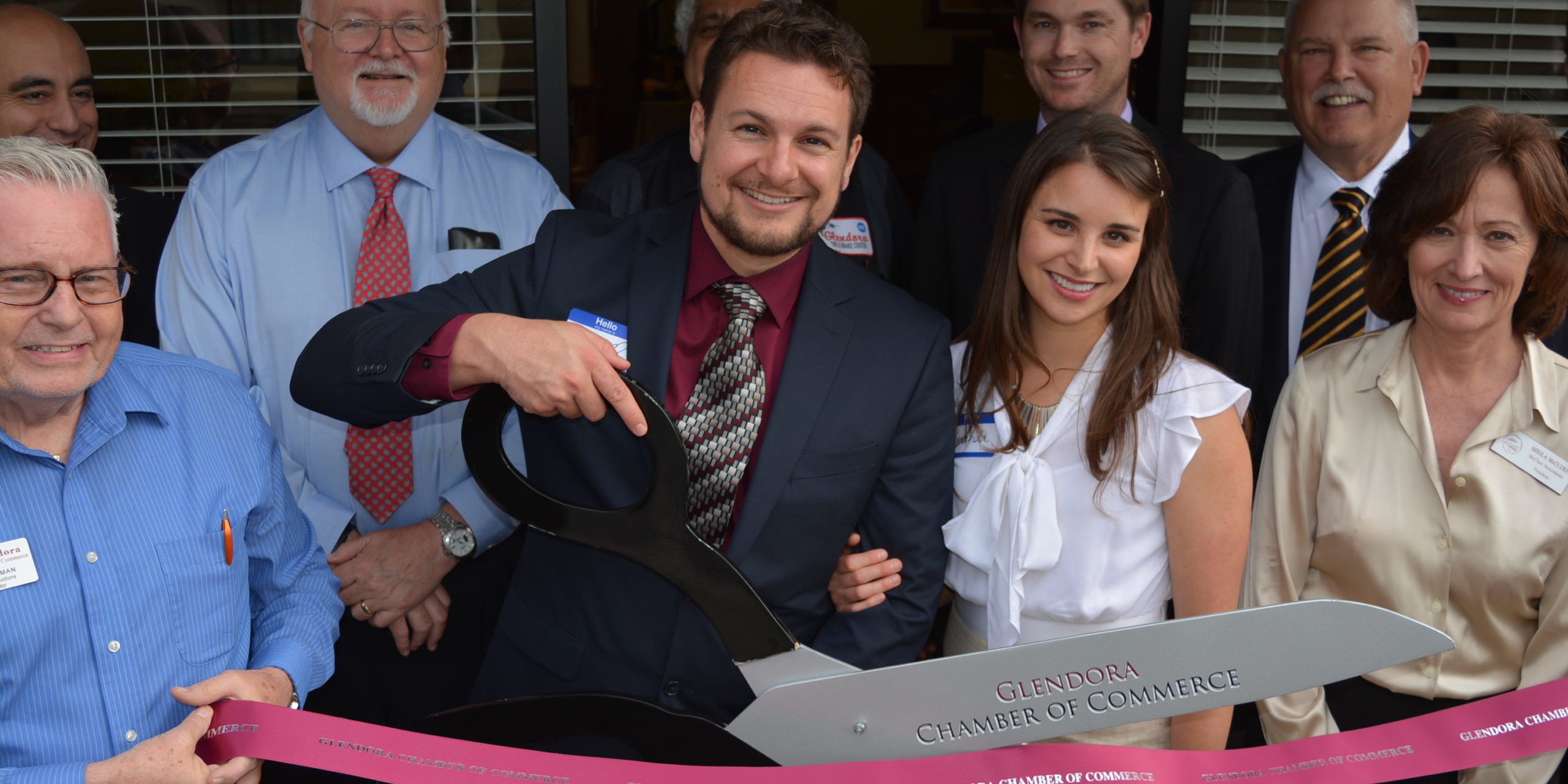 Celebrating over two years of legal services in downtown Glendora!

On April 14, 2016, the Law Office of Merrill A. Hanson celebrated approximately two and a half years of good business and God’s blessings with a Ribbon Cutting Ceremony at their office in downtown Glendora through an event sponsored in part with the Glendora Chamber of Commerce.  Merrill A. Hanson is dedicated to providing legal services with truth and integrity. [Photo gallery below].

Those in attendance were dazzled by an array of fine wine and delicious cheeses.  Approximately fifty individuals attended to show their support, many of which were members from Gem City BNI and the Glendora Chamber of Commerce.  Notable attendees included representatives of the Glendora City Council, including Mayor Pro Tem Gary Boyer and council members, a representative from the County of Los Angeles, and from the Glendora Chamber of Commerce there was Sheila McClure (chair), Fawn Imboden (Treasurer), and Joe Cina (President/CEO).

Particular thanks goes out to Lasha Hernandez, Amanda Hanson, Cathy Stapleton, Melissa Hernandez, Laura Driskell, and Lu Viramontes for their efforts in planning, organizing, and executing the event with passion and flare.